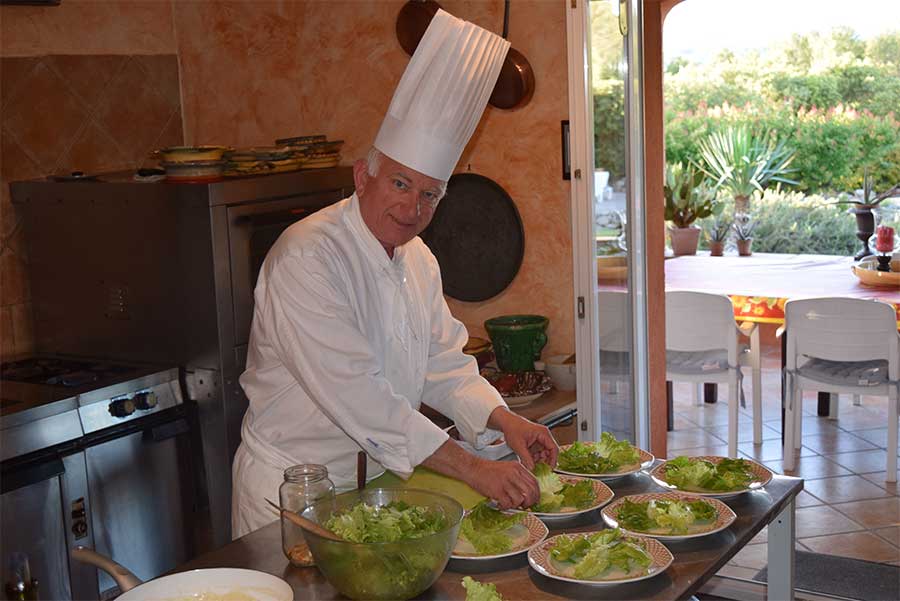 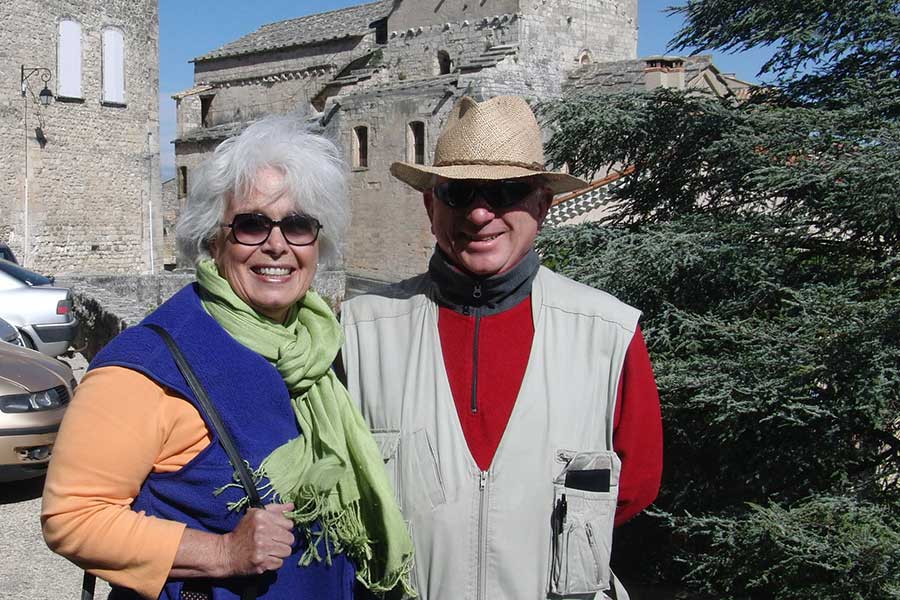 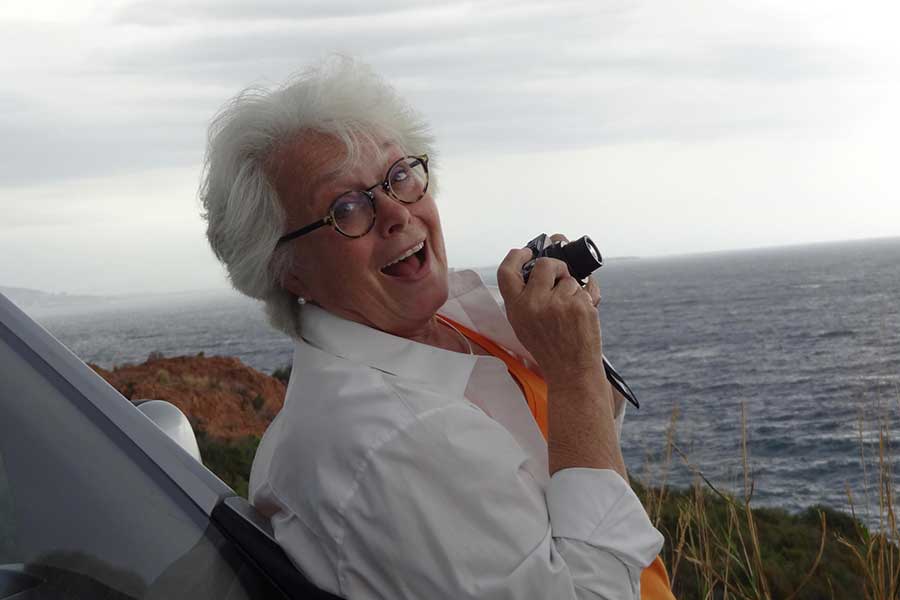 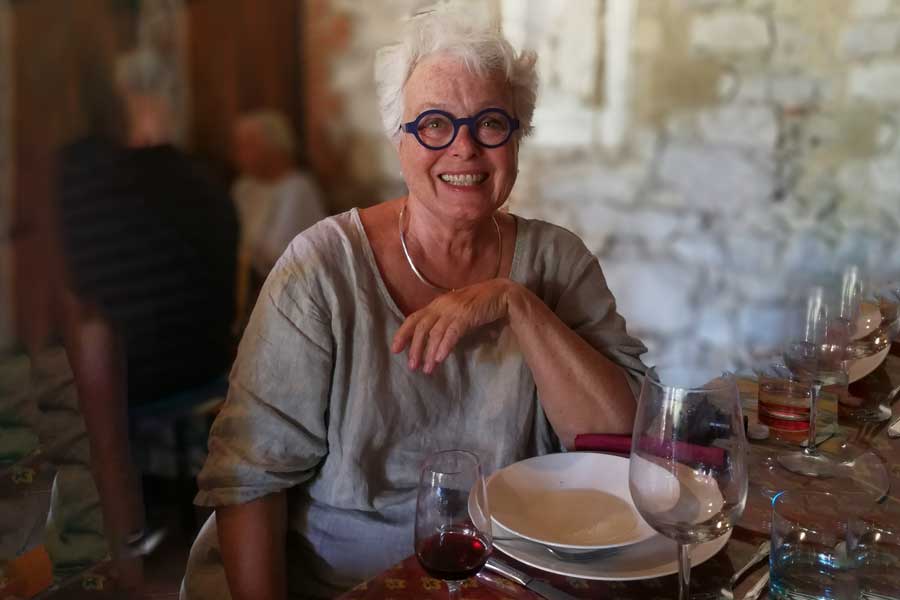 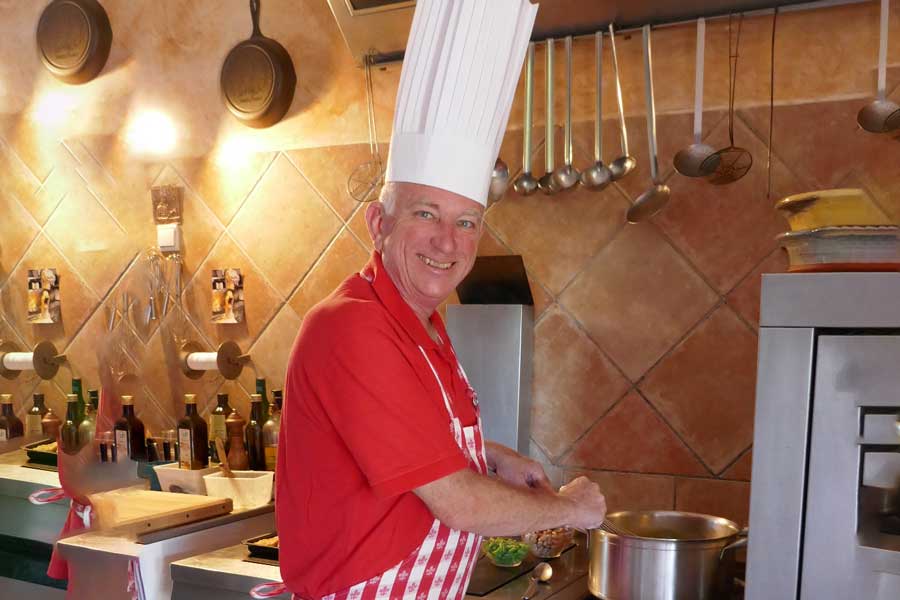 Mary James Lawrence has been teaching cooking classes and conducting television cooking segments for twenty five years.  She has been featured in many national as well as local magazines. She is the author of a cookbook, Mary James dishes it out, a cookbook reflecting her personal teaching style and favorite recipes from her years of TV and classes.

But now, as a passionate Francophile and tour guide, Mary James loves to share her knowledge of her second home. When asked, ‘do you get tired of what you do’? Her quick answer is, “Never! there is always another photo to take, a different setting, a different light…..each group brings a new perspective… never a dull moment…..there is always an opportunity to learn something new….or to share something new with someone else”!

Chef Xavier Hoffalt arrived in the United States shortly after the opening of Atlanta’s Omni Hotel in 1976.  Very quickly, he became Executive Chef and took The French Restaurant to 5 Mobil stars.  He left Atlanta in 1980 to return to France where he opened his own restaurant and later became General Manager and Director of Sales for the barge MS Cezanne on the Rhone River.

Trained at L’Ecole Hotelier de Thonon-les-Bains, he worked at many of the top hotels of Switzerland and the French Riviera…

Since 2003, he has had his own maison d’hôtes in Les Arcs s/Argens where he has welcomed people from all over the world.

When not touring the countryside with guests, you will probably find Xavier in his garden.

The Two of us Together…..

…share our magic and our passion. Mary James Lawrence, an American, and Xavier Hoffalt, a Frenchman, have been leading tours together for 20 years.  Specializing in highly customized small group tours, they are principally based in the South of France. However,  ‘limited edition’ tours to other areas have been very popular. The WWII Battle of the Bulge tour that included Belgium, France and Luxembourg was highly regarded as were their tours of the Lorraine and Alsace areas of France. It is an understatement to say ‘we love what we do!’

Let's Get Your Trip Started! Mary James Dishes It Out... Mary James Lawrence, cookbook writer and travelers’ guru, and Xavier Hoffalt, veteran French chef, have teamed up to ‘dish out’ the art of living. Their tours, their travels, their recipes and their knowledge of food and wine, as well as many of Mary-James’ favorites from the American South are included. Xavier is a man of many talents...chef, historian, musician, gardener, car lover. Thus, many groups have given him the title 'renaissance man'. Since 2003, he has had his own maison d’hôtes in Les Arcs s/Argens where he and Mary James have welcomed people from all over the world.